Yeah and then the cisco router programming manual says first step is to connect to the router and the linux cisco router connection tutorials can’t even get me that far. So like I’d say it’s fucked and people have no fucking clue what they’re doing, live in privileged environments with privileged mentors, and really make way too many assumptions about how on your own you really are when you’re on your own. It’s not easy to make a good manual, though. I understand that part. But also people are stupid, sometimes even when you make a good manual. So it goes both ways.

Antacid Tums are my friend. They’re not a very good friend, but they’re slightly benevolent.

I’m getting a lot of likes today from faces I haven’t seen in a (short) while. I guess I must seem less threatening today. Less angry and therefore less willing to go out of my way to like send bombs or biowarfare to people’s homes in the mail after hacking their computers to find out their addresses.

So that’s nice. Getting likes is nice. I don’t really care about any of my fans because I don’t particularly like their style, and I sense a lot of anger from them directed specifically at me, often, so that’s like, well, fucked, but it is what it is so no harm done. Sort of.

What was I saying.

So yeah. I guess I should be angry less often and more people will like me.

Is it good to be liked by people?

I definitely ordered a fencing foil (epee or foil? I don’t remember) like at least a month ago and it still hasn’t shown up in the mail. I had better check up on that. Fencing!

I guess life’s so easy for some people that if they have a legitimate problem they can just Google things about it, use a filter of criticality to analyze what they read about it, find a solution or a few, and implement without too much of a hassle.

Well, there’s at least one lingering problem which begs identification. I do not know what it is yet, so we’ll just kind of go with the flow here for now.

Mom’s downstairs sleeping. She goes to work tonight. I just had a cup of water, then almost a whole tray of sushi from Costco, with all the condiments on most of the pieces combinatorially. I did not solve the math equation(s) as to which pieces had which condiments given the input parameters of which condiments were on which pieces.

Speaking of help, I did a really good job scheduling my doctor appointments for the next two weeks. I’ll be speaking with a physician, a pharmacist, and hopefully a therapist (if the therapist’s schedule has time in it).

After sushi I had a cup of milk, and then another cup of water.

Water’s not really a natural thing to drink when everything else tastes so much better, but if you know how to use it as a tool, it can really help with your health. I’m just now learning this. Like fuck water, that shit tastes terrible. But if it helps with digestion, fatigue, and possibly other things I’m not even aware of, best to have a few glasses or cups a day. When needed. As needed.

Dad’s possibly asleep possibly at the computer in his closet downstairs. Oh! The house has three bedrooms and the parents don’t sleep in any of them. Mom sleeps on a sofa in the living room and dad sleeps in a closet downstairs. Me and my brother have separate bedrooms and the little one moved out but we keep that available for him in case he ever wishes to stay for a night. I doubt he will ever, or possibly just not for a while.

Something still feels not right. And I don’t know what it is. I need to brush my teeth at some point.

The cat meows sometimes. She is a good cat. Everyone in the family has a different relationship with her. I’d say my brother has the closest one, though she sits on mom’s lap the most. Me and her are pretty chill, kind of distant but still family.

Something still feels not right. Hmm. What could it be. Well I don’t know. If you find out let me know.

On top of it all the psychotropic medication keeps censoring my thoughts arbitrarily which makes me paranoid about thought police so it’s like holy shit antipsychotics make you crazy? Who’d scientist have thought to be so logical? PhD anyone? Dead babies?

I need to check up on some notifications but mega people are blowholes expecting and I’m right about this they’re just gonna yell at me.

The hobby in question: Hack my own router. So that it works.

-more irritating objects and/or concepts in the natural world

Man what a waste of time. 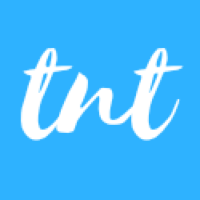 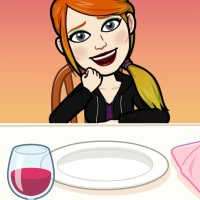 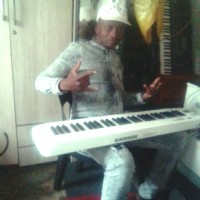 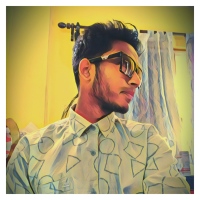 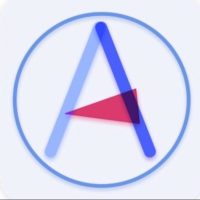 we are fish that play in a sea of light

The Blog of Dimi
РЕТРО ТЕАТР
Adventures of Darth Mom

Personal blog where I express everything that goes on inside this ole head of mine. Some of it hurts and some of it is funny but ALL of it is REAL.

Daydreaming as a profession

Just writing some poems. No pics, no GIFs, no vids. Keeping it simple.

How To Survive a UK Prison

I Wanna Be A Shredder

One man's foray into playing the electric guitar

Perspectives of a Canadian in the Old/Deep/New/Geographic South: This is where I ramble on about nothing in particular and post a few nice pictures.